Like many trainers I am well versed on desensitization and counterconditioning. I do it all the time with my clients dogs whether it be from barking at door knocks, reacting to dogs on leash or even strangers approaching.  The dogs become aware of a stimulus and offer a conditioned emotional response in the form of behavior.  Sometimes that emotional response is so frightening that the dog shuts down and can’t be reinforced. Often though with distance and other mitigating factors we can find a way to train around these triggers and slowing desensitize and counter-condition them. The (ER) emotional response can switch from reacting and likely losing any attention or influence to the opposite.  In fact, that is what I have done exactly with my small pack of 4 dogs.

In Costa Mesa, CA we often have a month long fireworks season.  The locals blast m-80s and illegal mortal style fireworks every evening leading up to and for weeks after the Holiday. For years this symbolized a very stressful time for all small animals with noise phobias.  After dealing with the anxiety and fear for years which included administering different meds like Acepromezine and Xanax which may have made things worse, I finally decided to admit I had to do some work if I was going to help my animals.

I used a natural CBD mixture to stem some of the anxiety which I will address in the future but lets just say, it is a natural oil that is derived from hemp that works as an anxiolytic with out the side effects of traditional medications.                                                   With the CBD administered, I would essentially wait with a bag of delicious treats on my coffee table for any semblance of a firework to go off.  I used pieces of freeze dried raw dog food as the snacks so they got their meals at the same time. So hungry and waiting, I leapt from my couch the moment the first whistle or pop happened.  So fast it beat their response.  In that process of visibly jumping up I yelled YAAYY!!! and reached into the bag of meaty goodness and threw dozens of treats to the floor.  We did overkill the first few days and while they still reacted with barking and vigilance they eventually came to eat the food.  My dogs are trained to eat food well. That may sound funny but I don’t have picky eaters and I believe it has something to do with how they perceive food and our relationship with it. Eating is a operant behavior that is highly reinforced.  More on that in another post.

This went on everyday as much as I could feed with stuffing them too much.                         Boom!, jump up, yaayy!!!, throw treats all over.  I wasn’t able to prevent exposures without the Yaaayy!! or the food all of the time but we did it enough to see progress. I also didn’t condition Yaaayy!! to mean treats before hand like a clicker or other conditioned reinforcer.  The game was primarily classical conditioning. My Yaayy!, eventually got conditioned but to them it was more distracting in the beginning.  Almost as startling as the firework.  That’s was why I had such a big presentation.  This happened for a week or so and I could see the reactive, distressed behaviors from the fireworks marginally subside.  The progress then seemed to plateau a bit, likely because the fireworks were increasing in size, number and frequency leading to the 4th.  We continued the process with the post 4th fire work stragglers. With the daily CBD and the training the reactions to the fireworks were noticeably less than the previous years where I had witnessed, running away,hiding, hyper-salivating, and shaking. Still very scared and disturbed but more manageable.

That was last year though.  This year I planned on the same thing happening and so I gave the same CBD oil, with the same ritual and I barely got one week into it when we had our breakthrough moment.  That moment when Chablis, my most reactive noise sensitive and affected dog heard the firework, did nothing, then looked at me for a reward.  I was so damn happy let me tell you.  Meat flew from the heavens for my little girl.  Not long after, on the Thursday before the 4th, an unexpected organized firework show started in the park behind us.  It went on for 20 minutes and it had an actual finale. I was actually mad for a moment that this was happening right behind my place with no advance notice, thinking my dogs weren’t going to be able to handle this yet.  Again I was surprised to see they had no problem with it.  There wasn’t even one bark.

For the next few days I faded the Yaaays! and the treats to a portion of themselves and only reserved them for the really close mortars and m-80’s, the ones that scare everyone when they go off near by.  The 4th of July passed and we had a whole new experience.  I didn’t expect this to be achieved as quickly as it did.  I have to give credit to my commitment to get up off my butt and be as animated as I could.  I don’t have resource guarding behaviors over food and my dogs can burn off calories easy.  I will still continue the CBD oil next year which has even helped with other anxieties like car travel. I can’t say this is a recipe for any dog with a sever noise phobia but I wanted to at least show that it can be done if you commit to it.

Want to improve the relationship and communication with your pet through positive reinforcement?
I'M HERE FOR YOU 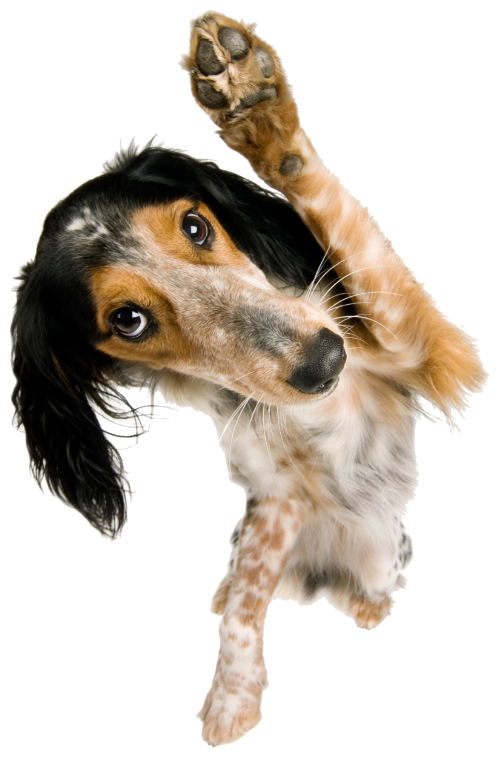